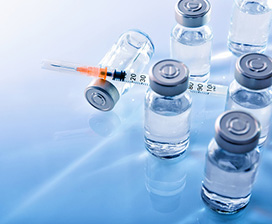 As more than a half-dozen pharma companies race to develop vaccines to fight COVID-19, AstraZeneca has stood out for its pledge that it won’t try to profit off its shot until after the pandemic ends. Now, the company may be walking back that vow a bit. AstraZeneca could declare the pandemic over as early as July 2021, according to a memo of understanding obtained by the Financial Times between the company and a Brazilian manufacturer. The pandemic period might be extended if AstraZeneca determines it’s not over, the memo said.

How will AstraZeneca make that determination? The company isn’t long on details. It will “seek expert guidance, including from global organizations,” a company spokesperson said.

The spokesperson did not confirm the existence of the memo, but said in a statement that the company’s approach is to treat the COVID-19 vaccine “as a response to a global public health emergency, not a commercial opportunity.”

In July, AstraZeneca told Fierce Pharma it would price the vaccine “to support broad and equitable access around the world,” and the company’s executive vice president of biopharmaceuticals R&D, Mene Pangalos, said in a prepared statement that under supply agreements formed at that time the company would derive no profit. That statement was prepared for a congressional hearing.

Johnson & Johnson, which is also working on a COVID-19 vaccine, has joined AstraZeneca in the no-profit pledge, but other companies haven’t been so enthusiastic about the prospect of not making a return on their investments in helping end the pandemic.

Pfizer CEO Albert Bourla, for example, said in July that the notion of vaccine developers forgoing profits on COVID-19 vaccines was “very fanatic and radical,” and the company expects to make a “marginal” profit on its vaccine.

AstraZeneca, which is developing its COVID-19 vaccine with the University of Oxford, has been locking up supply deals to meet what it expects to be a demand for 3 billion doses. Most recently, it formed a $60 million, three-year deal with Oxford Biomedica to reserve vaccine manufacturing space at three sites. Oxford Biomedica nabbed U.K. approval for a fourth vaccine manufacturing site earlier this week.

The creation of multiple supply chains for the COVID-19 vaccine will “ensure access is timely, broad and equitable for high and low income countries alike,” the spokesperson said.

AstraZeneca’s COVID-19 vaccine effort has been anything but smooth, however. The clinical trial of the vaccine was paused over safety concerns stemming from the British study, in which one patient suffered spinal cord damage. British regulators quickly resumed the trial there, but it’s still on hold in the U.S. as the National Institutes of Health completes an investigation.

Instructions for use
Stores: